« Back to Race Around The Netherlands feed

The race start was a bit more chaotic than usual, due to the restrictions on how close riders could be together, it made an actual rider briefing next to impossible, and so it was with a rather unceremonious "It's 8 o'clock, have a good ride!" that the square in front of Cafe de Proloog was filled with the sound of people clipping into their pedals and heading for the Amerongseberg. Rider Marian Bobko (cap 61), on his recumbent trike had a bit of issues getting it through the bollards to get out of the square, hopefully this won't be signs of trouble to come when he gets to the gates of Friesland.

It took a while for the group to really spread out, with the non syncronised nature of the tracker updates making it look like the lead is swapping between a few different riders for much of the morning and early afternoon. With such a close pack it's quite hard to see exactly who's in what place until they start to pass the timing checks.

While Bas Vlaskamp and Daan Marsman were expected to be close at the front, it was interesting to see for part of the day Fip Patijn (cap 5). Flip wasn't supposed to be racing this week, he's entered into the Transiberica Badlands race that starts on Sunday 6th in Spain, but due to travel restrictions can't. Instead he asked Michael on Thursday if he could ride RatN instead. He's fallen back a bit down the way over the course of the day, but still holding well near the front of the pack.

Jasmijn Muller (cap 2) has been exchanging places variously across the top 10. At the time of writing she seems to be settled at 10th. She took less than 16 hours to do the first 500km, an impressive start.

Francien Peterse (cap 10) was one of the first to settle down for the night, reaching a hotel near Borne at 278km distance. An early stop means she can make an early start on Sunday to get the most of daylight.

While Francien slept, Eline van Staarlen (cap 3) passed her on her way to her hotel at approximately 300km. Eline went further, and had a slightly shorter stop,

Florine Koning (cap 58) stopped quite early on the route at 230km, this meant that by the middle of the night only Marian Bobko (cap 61) and one other rider were behind her. Since starting this morning she's been making steady progress up the field. It will be interesting to see how her daily distances pan out.

Marianne Thissen-Smits (cap 49), is doing a sterling effort in the mid field. She passed the city of Groningen at about midday today, and is well through the Northern Groningen (the province) and Friesland section of the route. 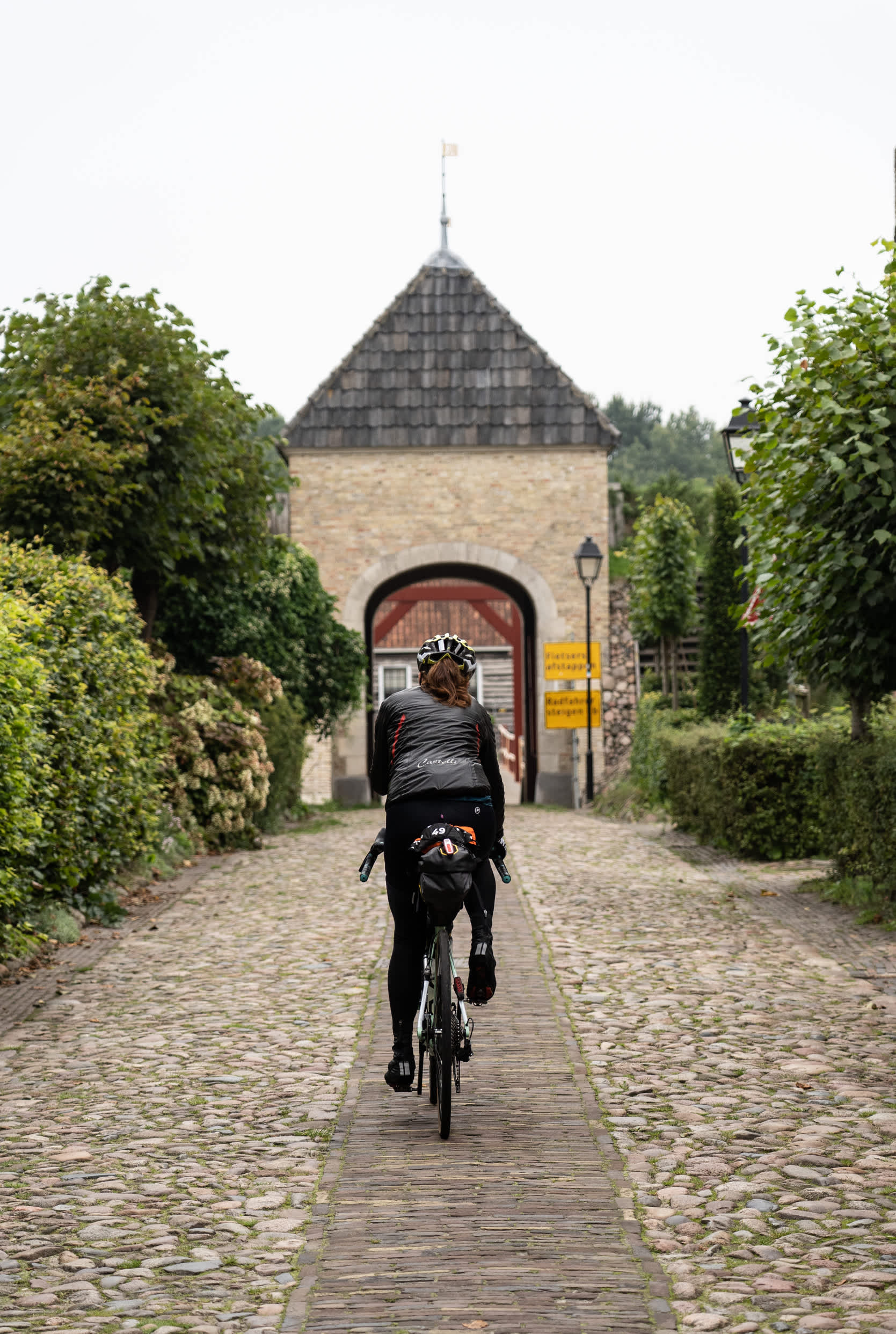 At the pointy end it was an interesting night for Bas Vlaskamp (cap 1) and Daan Marsman (cap 31). Daan stopped for at least 3 hours in Groningen. While it looks like Bas has just ridden straight through, with just a short stop at a petrol station to refuel. At the time of writing (about 1700 on Sunday), it looks like Daan's gamble may have paid off, he's within a tracker update error of Bas as they head into the wind North to Den Helder. From Den Helder south they should have a strong (force 7+) head wind south. Expect an impressive turn of speed here.

In the pairs Erik and Richard Frans (cap 1617) are doing well at the front, while Ruben Casier and Stefaan Vanbillemont (cap 4648) are bringing up the rear of the pairs catagory. In theory a pair working together should be in a strong position for the overall win with this race. The ability to draft each other is a real benifit with the winds. But that can be offset by the extra issues that being a pair entails.

So far we've had two scratches reported, Freddy Hoogheem (cap 28) and Dieter Schietse (cap 36). Dieter made it past the 600km mark before having to withdraw. I've yet to get any more info on this one, if you have any useful or you are Dieter or Freddy, please get in touch.

Social media updates from the riders are a bit sparse, it seems that they are all too busy riding bikes. Can't think why.

Paul Herron (cap 147) posted on instagram that he's only fallen off once so far. Let's hope that counter doesn't go up any more!

I'm going to end the update there, as if I'm quick I can head out to meet the riders at the IJmuiden ferry, see if I can interview some of them in the 10 minutes they have to all stand still. If you have any questions you would like to have answered, please let me know on twitter (@quixoticgeek), and I'll try my best.